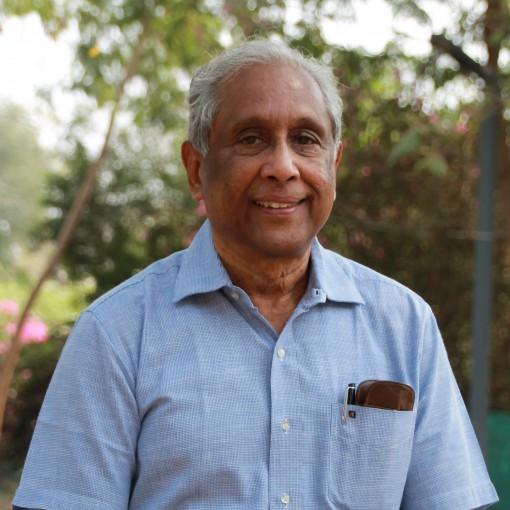 C.K. Koshy retired from the IAS in 2005 in the rank of Additional Chief Secretary after a long and illustrious career spanning thirty seven years in the higher echelons of the Government of Gujarat and the Govt. of India. He was the Founder & Managing Director of the Tourism Corporation of Gujarat, and Secretary of such crucial departments as Revenue, Industries and Finance as well Managing Director of the Sardar Sarovar Narmada Nigam.  Since his retirement Mr. Koshy is deeply involved in higher education.  He has taught courses in Governance and Public Policy to post-graduate students at the CEPT University and was also associated with the Center for Heritage Management at Ahmedabad University.

He has been an advisor to several urban research projects and programs including developing an Inventory of Public Lands in Ahmedabad and a World Bank funded project on managing urban heritage in three major cities of India.  He is on the Board of Governors of the Indira Institute of Management, Mumbai.  He is a Trustee of Alliance Francaise Ahmedabad and the Grassroots Innovation Augmentation Network (GIAN).

In his role as the Advisor to CRDF, he has been instrumental in forging important collaborations with State and Local Governments, developing training material and administering training programs tailored to different levels of public officials.  Most recently he has led the City Leadership Training Program for Mayors and senior officials from UP cities and the Ministry of Housing and Urban Affairs (MoHUA)'s accelerated capacity building program to build capacities of government planners on Local Area Plan (LAP) and Town Planning Scheme (TPS) mechanisms for managing redevelopment and urban expansion in their cities.

He is a gold medalist in MA in Political Science and Public Administration from the University of Kerala.