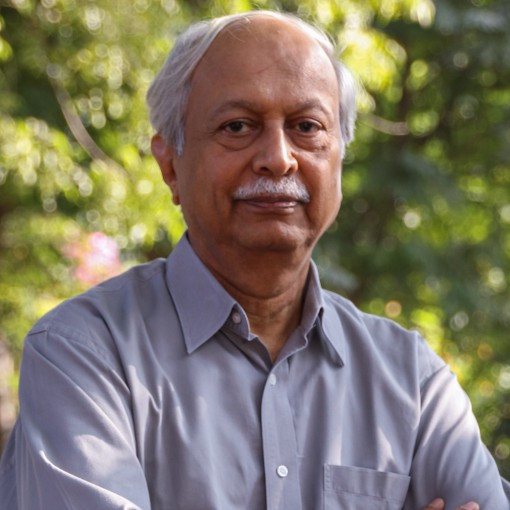 Dinesh Mehta is a Professor Emeritus at CEPT University and the Executive Director of the Center for Water and Sanitation. He has over four decades of experience in urban policy, urban planning and management, in Asia and Africa.

He was the Director of School of Planning at CEPT University in Ahmedabad from 1984 to 1992, and later the Director of the National Institute of Urban Affairs, New Delhi, India from 1992-1997. He also served as the global head of Urban Management Programme at UN-HABITAT in Nairobi from 2000 to 2006. In 2007, Dinesh returned back to CEPT to pursue research and teaching. He teaches courses in urban finance, infrastructure and development planning at the Faculty of Planning, CEPT University.

He leads the Performance Assessment System (PAS) Project and other projects with BMGF and other funders at the Center. He also contributes to courses at the Faculty of Planning, CEPT University. In 2013, Professor Mehta was awarded IWA (International Water Association)’s Development Solutions Award in recognition of his contribution to research and practice in Water. In 2017 became a fellow of IWA and Chair of their specialist group on water and sanitation in developing countries.

He has a PhD from the University of Pennsylvania, a Masters in City and Regional Planning from Harvard University, and a Bachelor of Technology in Civil Engineering, from IIT Madras, India.