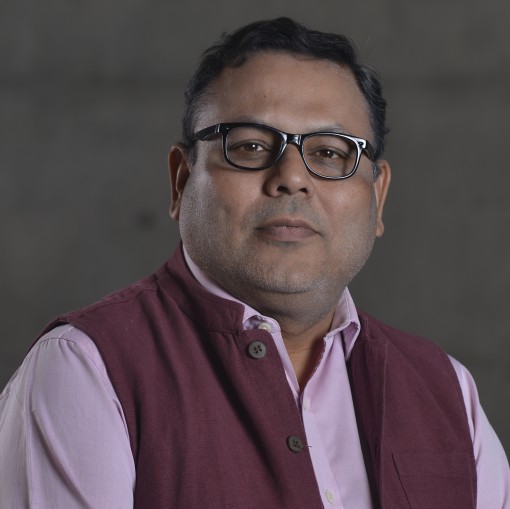 Saswat Bandyopadhyay, is a civil engineer with advance qualifications in Urban Planning and Infrastructure Management. His ongoing doctoral research work focuses on Climate Change and Urban Vulnerability in India. He is presently a Professor and area chair of Infrastructure Planning program at the CEPT University. Saswat Bandyopadhyay has over 22 years of experience in the urban development sector in South Asia with a focus on city development planning and designing of environmental infrastructure. Since 2007, he has been spear heading urban capacity development activities in several Indian JNNURM cities in India, extending support in city development planning and infrastructure prioritization. As a team leader, he has been involved preparation and appraisals of several city and comprehensive development plans across various regions of India. He has also lead the roll out of National Urban Capacity Development initiatives such as RTP and RCBH under the JnNURM by Government of India. Saswat was also involved in several pan-asia pilot initiatives such as ADB Green Cities Toolkit in Asia, CDIA Localization of CIIPP Toolkits in India & Nepal, Piloting of World Bank Supported Cultural Heritage and Tourism Assets based City Development Strategies and Sustainable Tourism Assessment Toolkit for India Prof. Saswat has also worked extensively in the field of urban lakes and water resources management studies in South Asian context such as environmental management plans and strategies for East Kolkata wetlands, Bhoj wetlands among others. Saswat has also been a member of the working group set up by Planning Commission of India for 12th Five Year in 2012 as well as an expert committee member for National Development Council (NDC) Sub-Group on Urbanisation. He is presently member of the Expert Committee set up by Delhi Development Authority (DDA) for Green Delhi. Saswat has worked in India, Bhutan, Bangladesh, China, Nepal and in Pacific Island Countries. .