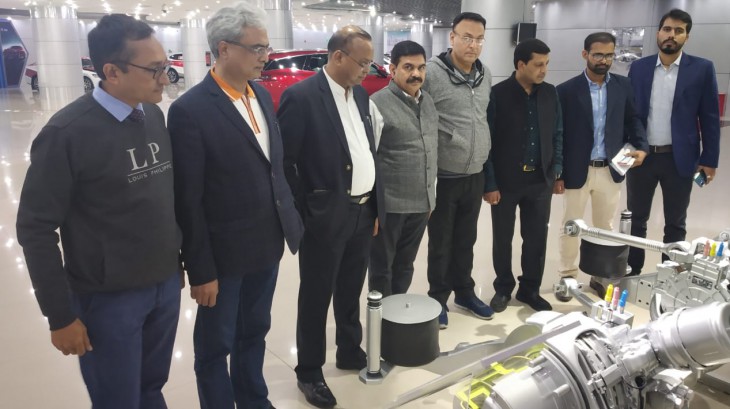 Centre for Excellence in Urban Transport (CoE-UT), CEPT University Ahmedabad organized an International Study Visit to Shanghai and Shenzhen in China from 15th to 22nd December, 2019 for mid and senior level professionals from Chandigarh and Rajasthan. The objective of the capacity building study tour was to observe practices in urban bus services with a special focus on Electric Vehicles. The visit was supported under Efficient and Sustainable City Bus Services (ESCBS) Project, Ministry of Housing and Urban Affairs under the Global Environment Facility of the World Bank.
The delegation comprised of 7 senior and mid-level officials from the cities of Chandigarh and Jaipur, working in the transportation sector along with Mr. Gautam Patel, visiting faculty CoE-UT, CEPT University and urban transport expert was also part of the delegation.
The cities of Shanghai and Shenzhen were selected for the technical visits since both have large scale, high quality urban bus operations, with rapid transformation to electric buses. The group visited Shanghai during Dec 15-18, 2019, where they visited the Fully Electric BRT Line and Depot at Nanqiao, followed by the visit to an Electric bus depot with different charging technologies at Qingchun Road, Minhang District.  They also visited the Electric Bus manufacturing plant of Sunwin Corporation. Overall, the participants had an all-round view of Electric Bus including operations, maintenance and charging and finally manufacturing of the Buses. They also visited the Hongqiao fully Integrated Transportation Hub, which houses one of the biggest railway stations in Asia besides bus, air and taxi integration. Further, they visited the Bus Control Centre of Jiushi, a state owned Bus operator. Finally they had a meeting with officers of various departments at the Shanghai Municipal Transport Commission to understand the state’s perspective on its Public Transport and E Bus System.
In Shenzhen (18th-21st Dec), the group was hosted by the Shenzhen Bus Group (SZBG) where there were technical sessions on various areas of Electric Bus technology and operations. They were also able to visit an autonomous bus development centre, besides the bus manufacturing facility of BYD.
Of nearly 16000-17000 Buses in buses under operation in each city, Shanghai has nearly half as New Energy (Electric cum Hybrid) buses while in Shenzhen the entire fleet is electric. Rapid development of E Buses was found to be possible due to targeted policy, huge subsidy assistance by Centre, Provincial and Municipal Governments and city wide infrastructure development strategies. It was also found that all departments relating to transport were handled by one authority and there was an integrated approach. A high level of automation was also observed, with excellent monitoring and control capabilities through city wide control. 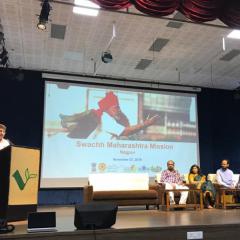 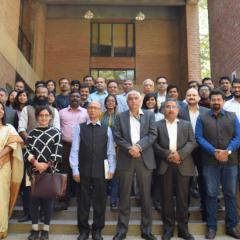